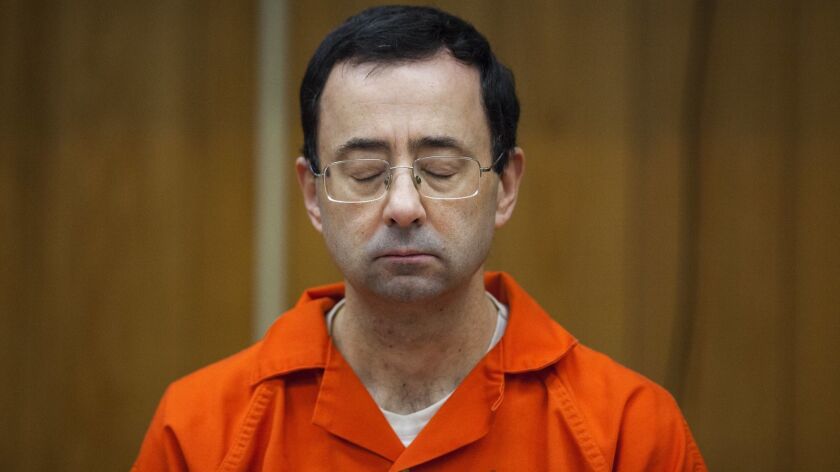 More than 120 athletes — including gymnasts Simone Biles and Aly Raisman — are asking to see the results of a federal investigation into how the FBI handled complaints against disgraced sports doctor Larry Nassar.

The survivors of Nassar’s long pattern of sexual abuse made their request Wednesday in a letter sent to the Department of Justice, saying that nearly two years have passed since the department’s inspector general concluded its report.

Survivors “still need to know who in the FBI and Department of Justice was responsible for failing to protect so many vulnerable children and young women from a sexual predator,” they wrote.

Hundreds of athletes have come forward to say that Nassar — who worked in various capacities for the U.S. Olympic team, USA Gymnastics and Michigan State University — molested them under the guise of providing medical treatment.

The 56-year-old is expected to spend the rest of his life in prison after pleading guilty to charges of sexual assault and possession of child pornography in 2017.

The abuse scandal has prompted a wave of lawsuits, with Michigan State setting aside hundreds of millions of dollars to settle current and future claims. USA Gymnastics and the U.S. Olympic & Paralympic Committee also face litigation.

Elliott: Tianna Bartoletta wants people to ‘give a damn’ about the fight for Black equality

Elliott: Tianna Bartoletta wants people to ‘give a damn’ about the fight for Black equality

It was mid-2015 when USA Gymnastics received allegations involving Nassar and notified the FBI. Survivors have noted that authorities did not contact victims and witnesses until the following year.

The inspector general’s office launched its investigation in September 2018. In their letter, survivors said parties were notified that results had been forwarded to the Public Integrity Section.

“It is important for our healing for all the facts to come out and for wrongdoers to be held accountable,” the letter states. “It is also important to maintain public confidence in our federal law enforcement agencies by exposing the truth and initiating reforms so that this never happens again.”

If wrongdoing is found, FBI staff could face criminal charges or other sanctions.

“Why is the Justice Department sitting on this report?” survivors asked. “We do not want it withheld and then have authorities claim they cannot indict and prosecute the people involved in criminal conduct because the statute of limitations has expired.”