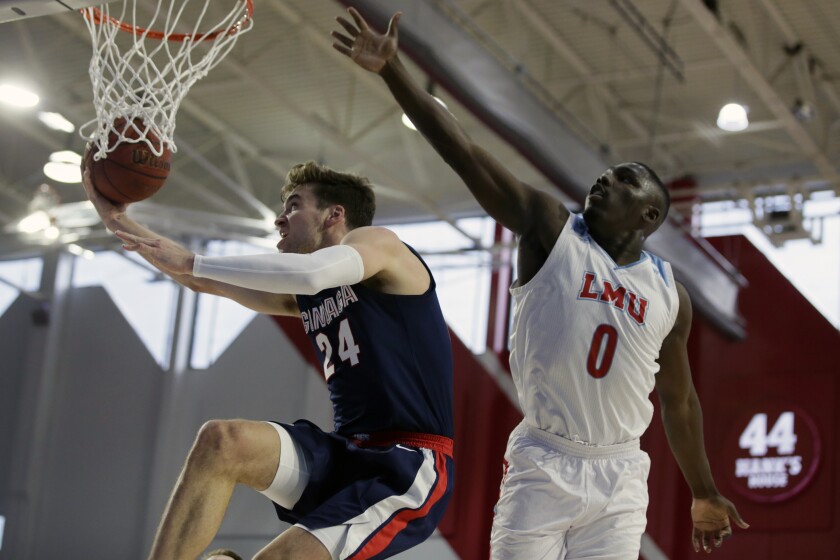 It was the Bulldogs’ 31st straight regular-season win in West Coast Conference play, tying them with the San Francisco squads led by Bill Russell and K.C. Jones for the second-longest streak in conference history. Pepperdine has the record at 32.

Gonzaga (18-1, 4-0) had five players in double figures. Ryan Woolridge scored 13, Admon Gilder added 12 and Drew Timme 10 as the Bulldogs won their 10th straight overall and 22nd consecutive against the Lions.

“I’ve been on them that there’s accountability and honor that comes with the ranking,” Gonzaga coach Mark Few said. “You have to come out and own it. You should prepare and play as confident as anyone. By and large that is what we wanted to do.”

“I thought we did a good job once we got them into half court, but they did a great job in transition off our misses and turnovers,” LMU coach Mike Dunlap said.

Gonzaga missed six of its first nine from the field before making five of its next six as part of 11-2 run and 17-6 lead midway through the first half. Loyola Marymount responded with six straight points before the Bulldogs scored 10 of the next 11 to put the margin in double digits the rest of the game.

The Bulldogs led 38-22 at halftime and were up by 30 late in the second half.

at Cal Poly 74, Cal State Northridge 56: The Mustangs (4-12, 1-1 Big West) turned a close game into a rout by outscoring the Matadors 42-31 in the second half. Terrell Gomez had 18 points for Northridge and Tuukka Jaakkola had 17 for Cal Poly.