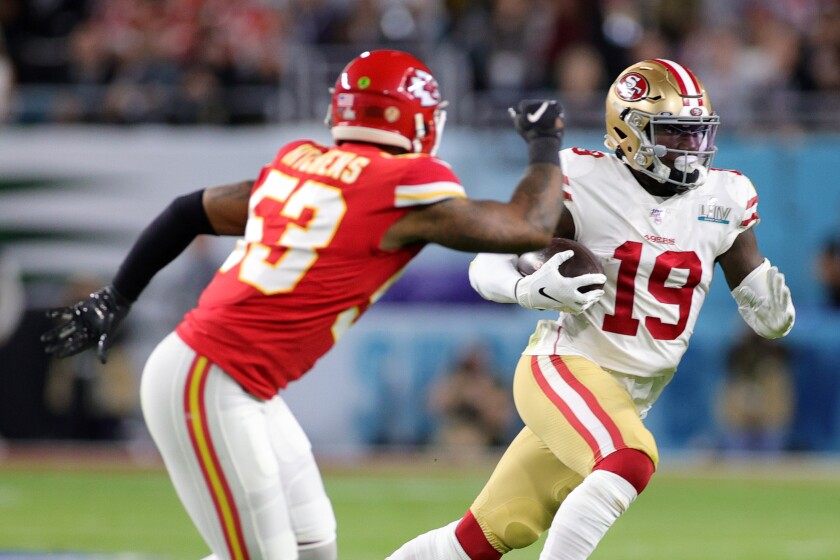 :31, first quarter: Patrick Mahomes scores a touchdown on a fake option from one yard out. The extra point is good, giving Chiefs a 7-3 lead. The 15-play drive went 75 yards.

13:10, first quarter: Chiefs go three-and-out on their first possession of the game. Punter returner Richie James Jr. nearly fumbles away the ball while trying to make the catch, but manages to recover it on San Francisco 29-yard line. Teams that have won the coin toss have lost the last five Super Bowls.