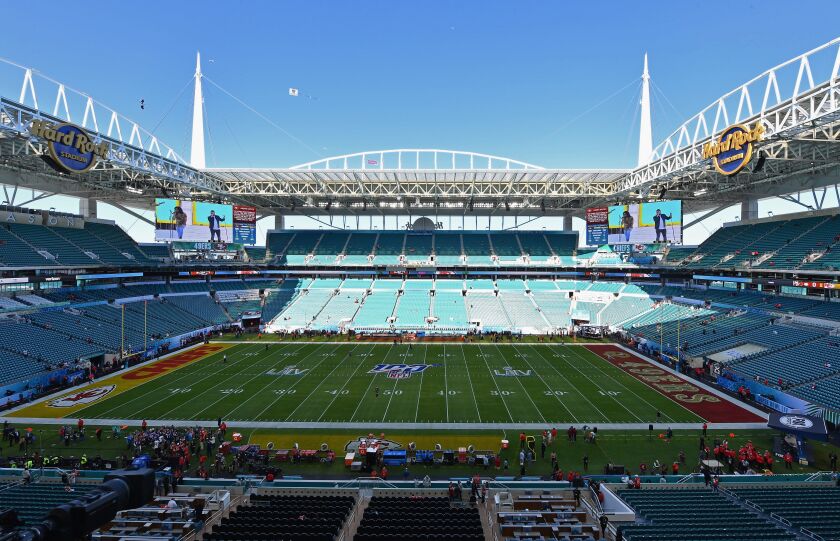 The Times will be posting live updates throughout the game here as both teams look to end their long Super Bowl droughts.

The Chiefs advanced to the Super Bowl following their 35-24 victory over the Tennessee Titans in the AFC championship game. It marks their first appearance in the Super Bowl in 50 years, when they defeated the Minnesota Vikings during Super Bowl IV in 1970.

Here’s a look at what’s going on pregame at Hard Rock Stadium from our staff at the game: Arash Markazi, Sam Farmer, Gary Klein and Jeff Miller:

A seat in the press box has been reserved for longtime NFL reporter Don Banks, who passes away in August. pic.twitter.com/QQ2YhnpmPp

For a complete rundown of everything you need to know to enjoy the Super Bowl, check out our game guide. Also, there’s plenty of time before the kickoff, be sure to check out these Super Bowl feature stories:

Is there a doctor in the house? Yes, and he’s a pro football player with Chiefs

San Francisco 49ers vs. Kansas City Chiefs: Who has the edge in the Super Bowl