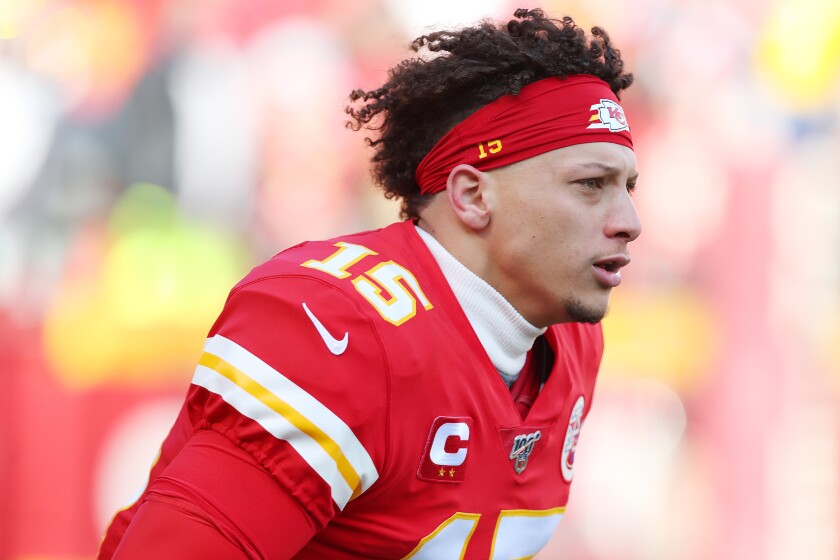 Early betting for Sunday’s Super Bowl has been clear-cut.

Kansas City gets hit hard at pick-’em. Chiefs backers can’t believe they can ride this at such a cheap price. San Francisco money comes in just as hard whenever the 49ers get either 1 or 1.5 points.

It will be interesting to see if Nevada prices drift from those in New Jersey and other legal jurisdictions. San Francisco has been a virtual home team for NFL betting interests in Las Vegas and Reno dating back decades. Locals will jam sportsbooks through Super Bowl weekend. Sportsbooks all over the country must manage risk based on their own exposure.

— Which single player is most likely to impose his will in a virtual pick-’em?

Obviously, that’s Chiefs quarterback Patrick Mahomes. He can seemingly pull touchdowns out of thin air with his arms or his legs. A bet on Kansas City means you’re positioned to win the Super Bowl clean behind another great Mahomes performance or sneak through to steal a victory in the final seconds with a game-winning score. The Chiefs have won their last seven games by 11, 20, 10, 23, 20, 7 and 31, with the seven-pointer coming at New England.

— Which coach is most likely to blow the game?

Also, you have to worry about how well coached is the K.C. defense. It has a knack for jumping offside at the worst time. And how about that pass-interference infraction on third-and-22 from the 25-yard line? Just let the guy catch the ball to set up a field goal. Instead, an automatic first down led to a Titans touchdown.

Kansas City’s defense definitely improved down the stretch. But did it improve enough to honor pro football’s mantra that defense wins championships? Can it overcome coaching miscues to protect a late lead?

Bettors who see those issues creating a true coin flip will pass the team side and focus on the Over/Under and proposition bets. Many have already pounded the Over, lifting the total from an opener of 52 to 54.5. Countless props will continue to go up on the board to attract fans through the fortnight.