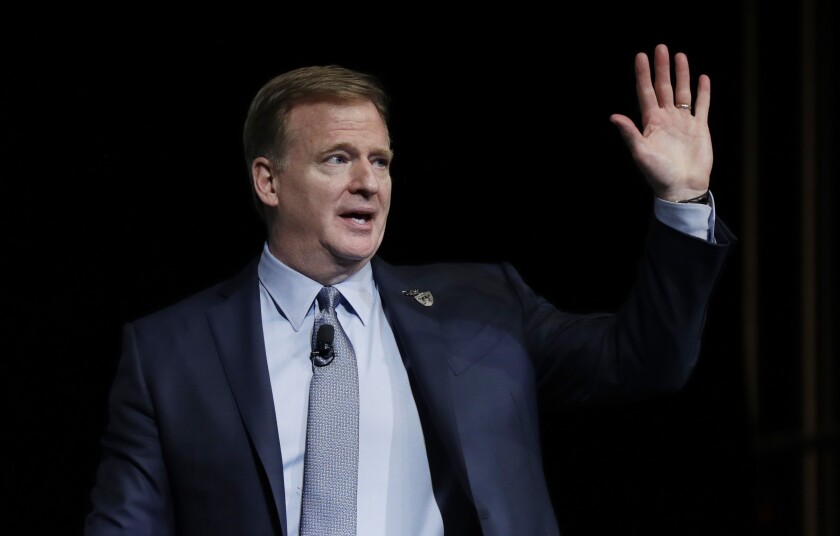 Super Bowl Sunday is already pretty much the best day of the year. But a teenager from upstate New York has an idea he thinks would make it even better.

Avon High junior Frankie Ruggeri has started a petition to have Super Bowl LV — scheduled for Sunday, Feb. 7, 2021, in Tampa, Fla. — moved up one day for the sake of all the workers and students who want to enjoy the NFL championship game to the fullest extent.

“Schools are not open the next day,” Ruggeri told WHAM-TV 13 in Rochester, N.Y. “School the next morning or work — might as well put it Saturday.”

Apparently he’s not the only person who feels that way. As of Thursday morning, more than 20,000 people have signed the change.org petition that the 16-year-old Rams and Buffalo Bills fan started last week. But will that be enough to alter a tradition more than half a century old?

Probably not. While NFL commissioner Roger Goodell acknowledged in 2018 that many are in favor of the idea of Super Bowl Saturday, he insisted that he and the league know what’s best for the fans.

“That [idea] has been around for a long time, people have talked about that,” Goodell told NFL Network’s Kyle Brandt. “The reason we haven’t done it in the past is simply just from an audience standpoint. The audiences on Sunday night are so much larger. Fans want to have the best opportunity to be able to see the game and we want to give that to them, so Sunday night is a better night.”

Ruggeri doesn’t seem to be buying it. As he points out in his petition, the NFL stages many of its playoff games on Saturdays. Maybe all the signatures he’s gathered will at least get the commissioner’s attention for consideration in the future.

For now, though, Ruggeri is just thrilled that so many people are supporting his cause.

“Oh my gosh,” he told CNN of the response to his petition. “It’s like if the Rams won the Super Bowl, pretty much.”