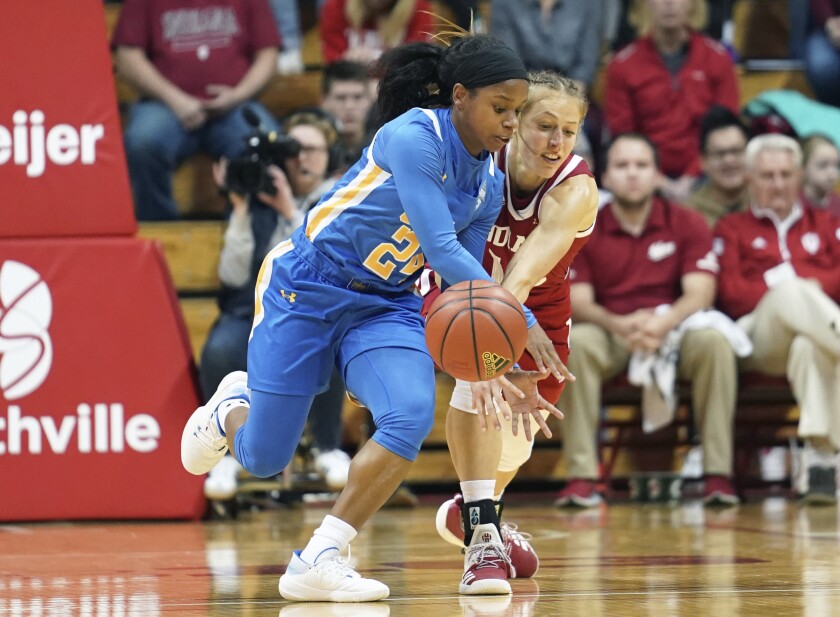 There are ‘no off nights’ in Pac-12 women’s basketball

Mark Trakh looks at a team with talented freshmen and a bright future, but the USC women’s basketball coach recognizes that it’s going to take time for the Trojans to rise again. Playing in the Pac-12 does not leave much room for patience though.

“There’s no off nights,” said Trakh, whose Trojans begin Pac-12 play Sunday at UCLA at 1 p.m. at Pauley Pavilion. “It’s the premier women’s basketball conference in the country and I don’t think anybody who knows basketball can really argue that.”

Already having been one of the most competitive conferences in recent years, the Pac-12 is taking depth to a new level this season. Entering the first week of conference games, three teams — No. 2 Oregon, No. 3 Oregon State and No. 5 Stanford — are ranked in the top five. Add No. 10 UCLA and the Pac-12 owns 40% of the top 10.

The Pac-12 entered the weekend with three nonconference games remaining and an .835 winning percentage, the highest of any conference. Not only did the Pac-12 pile up record-padding wins against overmatched mid-major teams, but teams recorded key ranked wins too, including Stanford’s victories over No. 18 Syracuse, No. 20 Mississippi State and No. 23 Tennessee and Arizona’s road win at No. 22 Texas.

The Bruins, who typically play strong nonconference schedules under coach Cori Close, faced only one ranked team. They made it count by knocking off then-No. 12 Indiana 68-58 on the road to back up their top-10 ranking Dec. 22.

Without as strong of a nonconference schedule to test them, the Bruins needed the win to “overcome that mental hurdle to get ready for Pac-12 play,” Close said.

“I learned what they can accomplish mentally when they really put their minds to it and that they’re a lot tougher than they thought they were,” Close said. “They rose up.”

Arizona leads the country in points allowed (43.6 per game) and is one of six Pac-12 teams in the top 25 nationally in scoring defense. UCLA is 22nd with 54.4 points allowed per game, followed immediately by USC’s 54.5.

Led by freshmen Endiya Rogers (11.4 points per game) and Alissa Pili (11 points, 8.1 rebounds), USC bounced back from a three-game losing streak to finish nonconference play with five wins. Trakh is pleased with the progress of his freshmen, especially on defense, but eagerly awaits their next challenge in a competitive conference.

“They’re buying in, they’re working hard,” Trakh said, “but the real test will come in these next few months in Pac-12 play.”