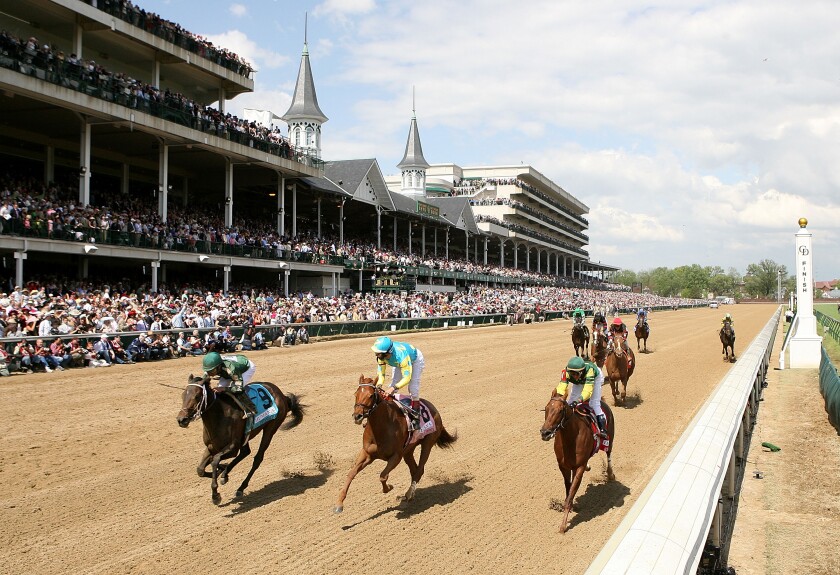 Veteran trainer Gary Sherlock, who first found success in quarter horses and then thoroughbreds, died Sunday after a long fight with cancer. He was 73.

Sherlock not only had an extensive career as a trainer but was also involved in racetrack insurance and was a bloodstock agent. His father, William, was a jockey and his mother, Mary, was a racing official. He died in a care facility in Arcadia. He would have turned 74 on Wednesday.

Sherlock’s time away from racing wasn’t always simple. Running quarter horses at night and training them in the day took its toll.

“I had a good career [at Los Alamitos], but I also had a wife and two kids,” Sherlock told the Los Angeles Times in 2016. “So, I gave away all my horses and came to Santa Anita with no clients. I decided to raise my family.”

Five years later, Sherlock had to quit when he was found to have a dissected carotid artery.

“I didn’t do anything for a year,” Sherlock said. “I just tried to get healthy. The doctors didn’t want me around horses [so I quit training]. I sold equine insurance for 10 years. The problem was I basically had the same schedule, but I didn’t have a barn.”

Sherlock couldn’t resist and returned to training. His best horse was probably Intangaroo, a 4-year-old filly who won three Grade 1s in 2008.

In 2016, he made his only trip to the Triple Crown when he took Uncle Lino to the Preakness. The colt finished seventh, suffered an injury, and never raced again.

Sherlock is survived by his wife, Sharon, sons Brian and Michael and two grandsons. At Sherlock’s request there will be no memorial service.