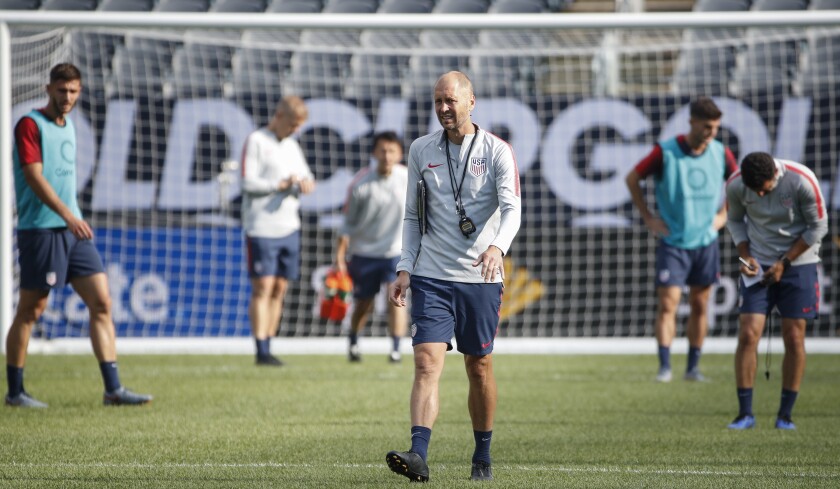 U.S. Soccer announced Friday that it is moving the men’s national team’s training camp out of Qatar to the United States as a precaution given heightened tensions in the Middle East following the U.S. airstrike that killed Iranian Gen. Qassem Suleimani on Thursday.

The camp was scheduled to open Sunday in Doha, host city for the 2022 World Cup, but now likely will be staged in Florida. It will be delayed at least a day as players and team officials scramble to change travel plans.

“Due to the developing situation in the region, U.S. Soccer has decided to postpone traveling to Qatar for the men’s national team’s scheduled January training camp,” the federation said in a statement. “In the meantime, we are working on alternative arrangements in preparation for the match against Costa Rica on Feb. 1 at Dignity Health Sports Park in Carson. We are working with the Qatar Football Association to find an opportunity in the near future for our team to experience Qatar’s world-class facilities and hospitality.”

With Iran vowing “harsh retaliation” for Suleimani’s killing, the U.S. government urged all Americans to leave Iraq immediately. A U.S. Soccer spokesman said Americans weren’t being ordered out of Qatar but the federation decided to move the camp “out of an abundance of caution.”

U.S. Soccer said it was searching for an alternative site in the U.S., but central Florida is considered the likely location. U.S. coach Gregg Berhalter held two training camps there last year. Players were informed of the change by email Friday.

Last year’s camp in January was held in Chula Vista.

The move out of Qatar will likely mean the cancellation of “closed-door” scrimmages at the Aspire Academy in Doha, including one with Austrian club Red Bull Salzburg. RB Salzburg is coached by former MLS manager and national team assistant Jesse Marsch. That game was scheduled for Jan. 18.

Uncertainty in the Middle East could also lead the Spanish Super Cup to be relocated. The four-team tournament, featuring Atletico Madrid, Real Madrid, Barcelona and Valencia, is scheduled to begin Wednesday but has been enveloped in controversy since last year’s announcement that the tournament would be played outside Spain for the first time.

The Spanish sports newspaper Mundo Deportivo reported this week that just 50 tickets had been sold for the semifinal between Barcelona and Atletico Madrid in Jeddah, Saudi Arabia.