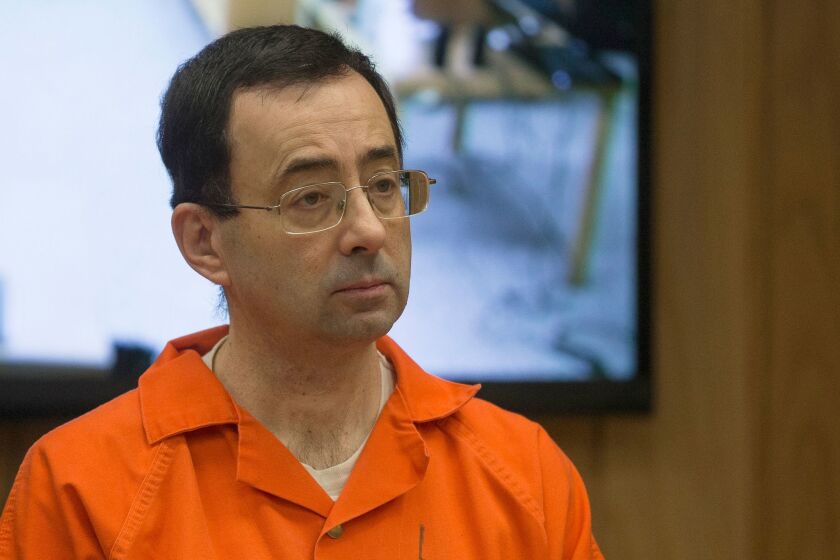 Still reeling from the Larry Nassar sexual abuse scandal, USA Gymnastics has filed a plan to emerge from bankruptcy and provide $215 million in settlement funds for victims of the disgraced sports doctor.

The national governing body, which oversees the sport throughout the U.S., would also give victims the option of pursuing lawsuits and collecting any judgments from its insurance policies.

“It has always been our goal to reach a consensual settlement agreement with all of our creditors through the bankruptcy process,” USAG president Li Li Leung said. “While we do not yet have an agreement with the committee representing the survivors, we still hope to reach an agreement.”

Hundreds of young athletes have come forward with accusations that Nassar — who worked in various capacities for USAG, Michigan State and the U.S. Olympic team — molested them under the guise of providing medical treatment.

Nassar is expected to spend the rest of his life in prison after pleading guilty to charges of sexual assault and possession of child pornography.

The scandal prompted Michigan State to set aside $500 million for the settlement of existing and future claims. It also triggered additional litigation aimed at USAG and the U.S. Olympic & Paralympic Committee, with victims claiming the amateur sports organizations ignored early indications of Nassar’s criminal acts, which spanned many years.

USAG underwent a leadership overhaul, with officials saying they filed for Chapter 11 bankruptcy in December 2018 as a means of expediting lawsuits. The plan announced Thursday includes provisions by which the organization would continue to focus on athlete safety, which Leung characterized as “our top priority.”

But an Orange County attorney who represents more than 200 Nassar victims voiced skepticism.

“This proposed plan does not include the critical structural changes necessary to ensure the safety of girls moving forward, nor does it appropriately address the myriad physical and emotional challenges the victims face as a result of these crimes,” John C. Manly said. “Most disturbingly, this proposed plan attempts to absolve USOPC of any responsibility for these crimes which were committed under its watch.

“This plan from USAG is not just unworkable,” he added. “It is unconscionable.”

The proposal must be voted on by creditors and approved by the bankruptcy court.