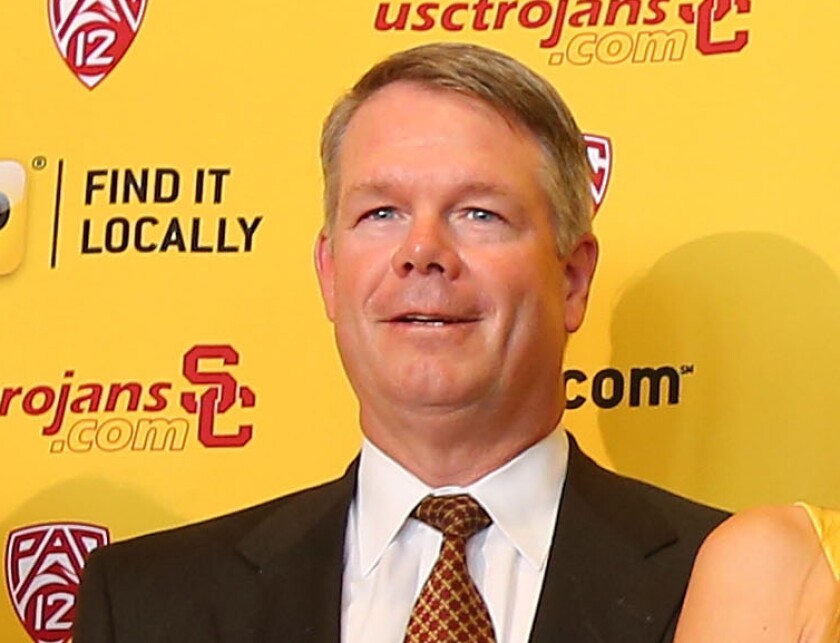 When Mike Bohn was hired as the first outsider to lead USC athletics in decades, sweeping changes were expected inside a historically insular department recently racked by scandal.

Those changes at Heritage Hall began on Tuesday, according to multiple people familiar with the decision, as USC fired three of its most senior officials in the athletic department, including Steve Lopes, the CFO and COO, who’d long been considered second in command at USC.

Lopes’ exit, after 35 years in the department, sends a clear message of change at the start of a new era for Trojan athletics. Under USC’s previous three directors, all three of which had no experience in athletics administration, Lopes played a major role in determining the direction of the department.

When Pat Haden left in 2016, Lopes was seen as one of the leading candidates to replace him as athletic director.

Orr, a former All-American swimmer at USC, had been with the athletic department just as long as Lopes. He was promoted to senior associate athletic director in 2010, tasked with taking care of the Trojan Athletic Fund, the fundraising arm of the department.