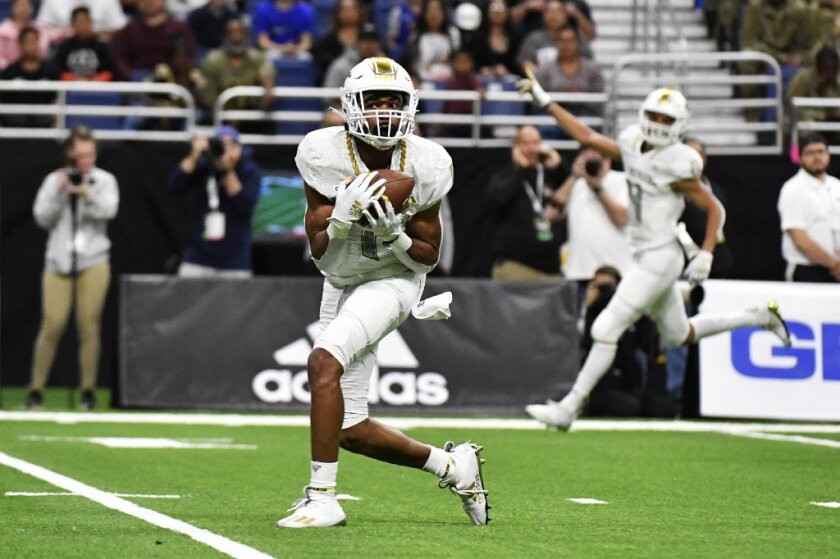 The top players in the state were already departing in droves. The top quarterback had already committed, then left. Then, in the final hours of the quietest signing day in recent memory, Michael Drennen II looked down at a floppy, red USC hat, spoke about respecting Reggie Bush, then announced his plans to attend ... the University of Kentucky.

On an uneventful day, at the end of an uninspiring recruiting cycle, here was the final gut punch for USC. Drennen, a four-star running back from Columbus, Ohio, had been the Trojans’ last chance for a pleasant surprise.

But there were no surprises Wednesday, outside of the realization of how far USC had fallen in its 2020 recruiting class. A day once dominated by the Trojans now carried on almost completely without them.

With no new commitments on signing day, USC’s class sits at 54th in the nation and 10th in the Pac-12, according to the 247Sports composite rtankings, in front of only Arizona and Washington State. Of the state’s top 25 players, the Trojans signed just one, four-star receiver Gary Bryant Jr. of Corona Centennial High.

For the time since 2012, USC failed to sign a quarterback in its class, as three-star prospect Blake Shapen chose Baylor and two-star Cade Fennegan, offered just the day before, signed financial aid papers with Boise State. The latter could still decide to join USC, but after missing on three five-star quarterbacks in its own backyard — the most touted of whom (Bryce Young) was at one point committed — there was little solace to be found in that fact.

The Trojans did add Jack Yary, a four-star tight end from Murrieta Valley, to their class. But Yary, whose father Ron won a national championship at USC, shared that distinction alone on signing day.

I am committed to the University of Southern California✌🏻 Fight on! pic.twitter.com/9GKGRqM5Sq

It was hardly the result new athletic director Mike Bohn envisioned, when he praised USC’s recruiting in December, suggesting he knew of four prospects silently committed to the program. Nor was it what coach Clay Helton planned when he told reporters on early signing day that “there are some battles that are continuing to go on that I look forward to revisiting with you in February.”

When that day finally came Wednesday, USC chose not to hold its customary news conference, citing its small number of signees.

In a radio appearance on “Trojans Live” that night, Helton didn’t do much revisiting, either.

Instead, he praised USC’s nine lineman commits — “It may not be the sexiest class,” Helton said — lauded Yary’s versatility and raved about Bryant’s speed — “There’s fast, and then there’s Gary.”

But there was little else to add. Bryant had already quietly signed in December. Only Yary, a prior commit who also considered Washington, was added since.

Otherwise, USC’s last remaining targets all went elsewhere. On “Trojans Live,” Helton suggested it was “a part of our plan” to leave two spots open for possible transfers.

“We hope the young talent we’ve signed can help us right off the bat,” Helton said. “Plus, we do have a lot of young men coming back.”

A few minutes later, his phone cut out, and the interview ended. It was a fitting end to a day at USC, where, on the final day of a frustrating recruiting cycle, there wasn’t much else to say.