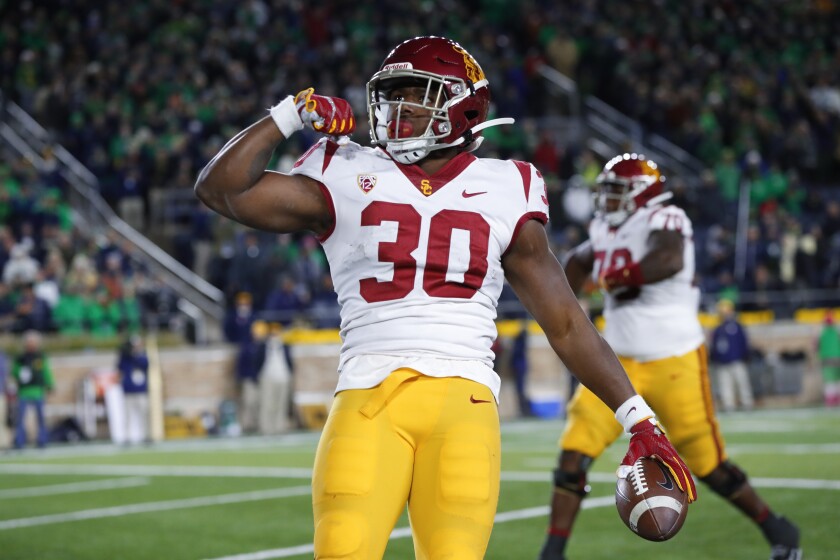 USC moves the line against Arizona; Rams, Chargers look good on the road

Informed football bettors understand the importance of the number 3. Respected home underdog Washington, at +3, is getting serious play. It would take visiting Oregon winning by four points or more to beat the Huskies at that price. But whenever sports books are forced to drop Oregon to -2.5 to balance the action, money hits the favorite.

VSiN experts have been explaining since our inception that professional gamblers, known as sharps, bet numbers rather than teams. Threes are so common as a final victory margin in competitive matchups that math flips to the Ducks.

Weather has been driving the money in Salt Lake City. The forecast is for precipitation, wind and temperatures dipping into the 30s after sundown. Sharps study the weather. An opening over/under of 50 is already down to 45, with conditions expected to serve as extra defenders. It could drop further if the forecast worsens.

Not much happening on the team side yet, with Utah a solid -13.5 through the week. Nobody wants to lay that many points in bad weather, but it’s tough to love a desert team in slush.

Good news for the Rams and Chargers this week: both play on the road. League wide, there has been a disappearance of the home-field advantage. Through six weeks of the regular season — 92 games — road teams had compiled a 49-39 win-loss record, with the average result a 1.3-point victory by visitors.

The Rams have won two of three road games — at Carolina and Cleveland — and just missed a third, at Seattle. They’re giving three points in Atlanta on Sunday. This may not be a heavily bet game nationally because it’s hard to love the current form of either side. Atlanta is 1-5 SU and ATS, possibly in position to tank for draft position.

The Chargers have split two road games. They’re getting two points at Tennessee, which just switched starting quarterbacks from Marcus Mariota to Ryan Tannehill. Early betting showed support for the change, lifting the line from the opener of Tennessee -1. Both teams have failed to cover in four of their last five games.