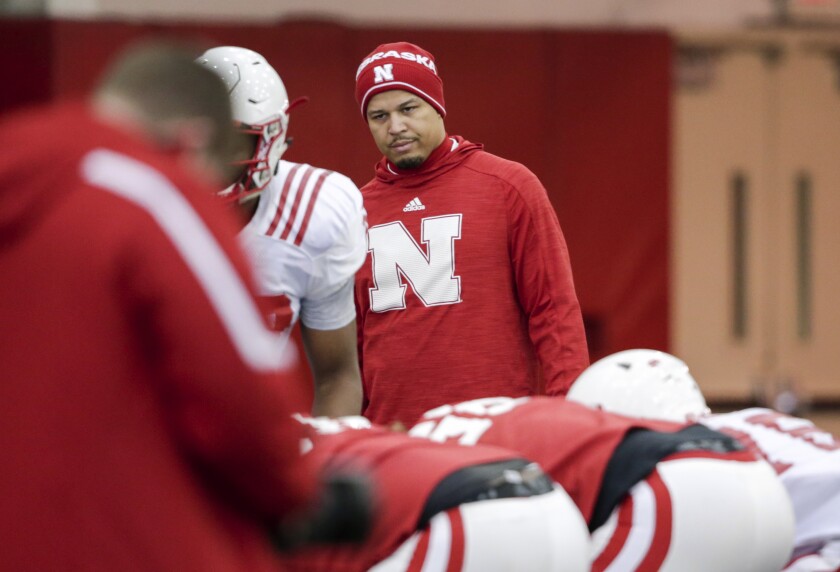 As the top recruiter on Oregon’s staff, Donte Williams helped steal more than a few recruits out of Southern California in recent years.

This week, USC turned the tables, stealing the top recruiter out of Oregon.

USC will hire Williams to be its cornerbacks coach and defensive passing game coordinator, according to a person familiar with the decision. The hire is not yet official, but Williams, a Los Angeles native, confirmed the news on Twitter, suggesting that his decision to leave Oregon was “due to my father’s aging/failing health.”

“I’m lucky Coach Helton, Coach Orlando and Mr. Bohn are giving me an opportunity to come home and make a decision where I can put my immediate family first and become head of MY household,” Williams wrote. “With that all being said, it’s time to take back THE WEST. FIGHT ON.”

Williams arrives in Los Angeles after distinguishing himself as one of the West Coast’s most formidable recruiters. After beginning his career as a graduate assistant under Steve Sarkisian at Washington, Williams spent the past two seasons at Oregon, where his work on the recruiting trail helped the Ducks secure the conference’s top class in consecutive years.

As USC inked one of its lowest-rated classes in recent memory this past season, Williams was touted as the Pac-12’s top recruiter by 247Sports.

It was Williams who spearheaded the Ducks’ efforts to poach one of the state’s top prospects from USC’s backyard this past December. Those efforts were ultimately successful as Upland linebacker Justin Flowe chose Oregon over USC, marking the second straight season in which the Ducks outdueled the Trojans on the recruiting trail. For Williams, it was the second five-star recruit he secured in the Ducks’ 2020 class alone.

But less than a week after USC whiffed on all of its remaining recruits during February signing day, USC would not be denied its top target this time around. Even as Oregon fought to keep him, USC brass was able to convince Williams to join a defensive staff and recruiting operation that’s rapidly been rebuilt in recent weeks.

The program is still expected to hire a defensive line coach in the coming days. But since Todd Orlando was hired last month as defensive coordinator, USC has nearly finalized a new defensive staff, hiring Craig Naivar to coach safeties while cutting ties with three coaches from last season, including secondary coach Greg Burns and recruiting coordinator Johnny Nansen.

Williams is expected to fill both of those vacancies, as USC works to reshape its recruiting efforts in the state, where the program has uncharacteristically struggled in recent years. Just one of the top 35 prospects in California — wideout Gary Bryant Jr. — signed with USC this past recruiting cycle, while Williams helped Oregon secure two on his own as lead recruiter.

As such, hiring Williams is a significant statement for a program that was losing serious ground in that regard. After falling to 19th nationally in 2019, according to 247Sports, the Trojans’ class inexplicably tumbled all the way to 54th nationally and 10th in the conference.

In December, as he explained his reasons for retaining coach Clay Helton, new athletic director Mike Bohn promised that USC would dedicate resources for succeeding on the recruiting trail.

Williams’ decision to leave Oregon appears to be the best evidence yet of that redoubled commitment to improve recruiting. His departure also deals a serious blow to Oregon, which had been dominating the Pac-12 recruiting scene since he joined the staff.

For Williams, his return to the Southland comes 13 years after his first collegiate coaching job as a secondary coach at Los Angeles Harbor College in 2007. He worked the same position at El Camino College and Mount San Antonio College over the next two seasons, before taking a position as a quality control assistant at Nevada, where he helped coach linebackers.

Sarkisian hired him shortly after in Washington, jump-starting a collegiate coaching career that would take him to San Jose State, Arizona and Nebraska before he landed in Eugene, Ore. in January 2018.

But after two seasons, USC stole Williams away for its own staff, sending a message that should be heard across the entire West Coast recruiting scene.