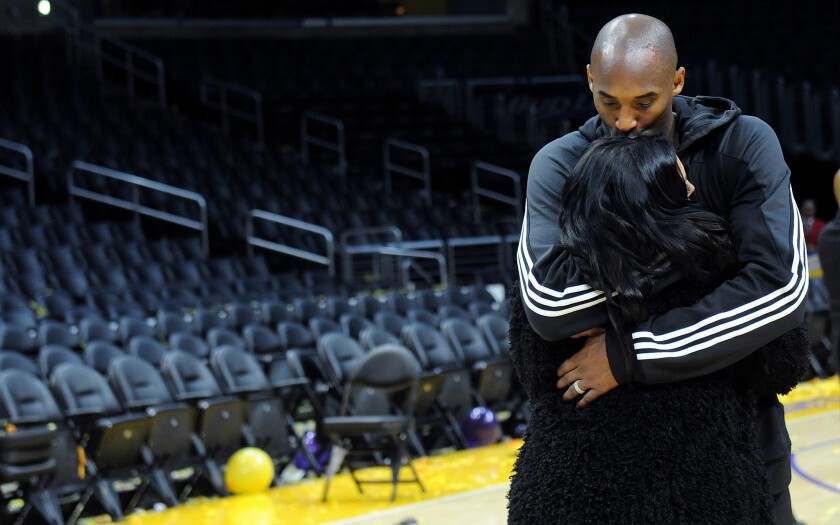 At the request of Kobe Bryant’s wife, Vanessa, she will be given some items left by the thousands of fans that came to honor her husband, daughter Gianna and seven others who died in a helicopter crash on Sunday.

Lee Zeidman, the president of Staples Center, L.A. Live and Microsoft Theater, said they also will take the perishable things and compost and spread them around the complex.

Zeidman, who knew Kobe Bryant for 24 years, said the plan is to start to dismantle everything around the area Sunday after the Super Bowl.

“It will have been a week. We have contractually obligated events that are moving in,” he said. “Vanessa had reached out to us and said, ‘Our family would like the items out there.’ So we’re going to catalog every one of them. By that I mean, T-shirts, letters, basketballs, stuffed animals, toys. We’re going to put those in specially made containers and we’re going to ship them to the family.”

“So we’re going to compost all those flowers out there and spread them around the plants in and around L.A. Live and in and around Staples Center,” Zeidman said. “So that means that all those fans that took the time to buy the flowers and plants and brought them down there, some of that will still be around the site.

“Our goal is to somehow have it cleaned up as we relate to the middle of next week and we’re asking people — we’re going to put signage all around LA Live and Staples Center — if you still feel the need to do something, you can certainly come down here. But we hope that you wouldn’t bring any gift and flowers, but that you donate to the Mamba Foundations that they’ve already set up. Then we try to get back to whatever normalcy is around the campus.”