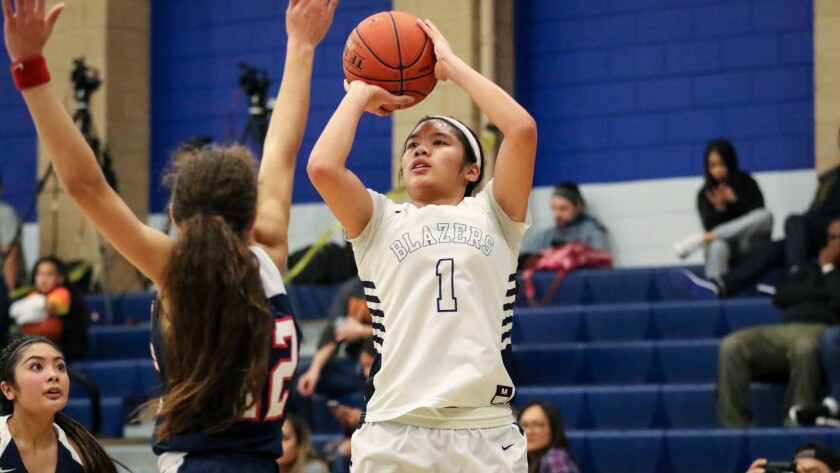 It was a shot with 33 seconds left in overtime on Wednesday night that any NBA player would gladly admire. Except it came from Vanessa De Jesus, Sierra Canyon’s standout girls basketball player.

“She practices those shots,” coach Alicia Komaki said. “So nothing is surprising.”

With the score tied against rival Windward, De Jesus made a crossover dribble to leave her defender going the opposite direction. She then connected on an open 15-footer from the right wing to give Sierra Canyon a 56-54 victory.

What a game-winning shot by Vanessa De Jesus. Sierra Canyon wins in OT over Windward 56-54 pic.twitter.com/rBcEBoCUqp

“She was going to jump and try to block me,” De Jesus said of McKayla Williams. “I gave her a little head fake and then went off the dribble.”

Sierra Canyon (19-3, 2-0), ranked No. 1 in Southern Section Division 1, overcame a 13-point deficit in the third quarter. Everything changed when Texas-bound Ashley Chevalier, in her first game back from a knee injury, came in with about five minutes left in the third quarter. She never left the court. Her energy and ball handling ignited the Wildcats, who took a nine-point lead in the fourth quarter.

“We both always play our best game,” De Jesus said of playing Windward. “It’s always the funnest game of the year.”

The two teams played in the Southern Section Open Division final last season won by Windward. Then Sierra Canyon won the regional final. Get ready for a rematch in the playoffs.