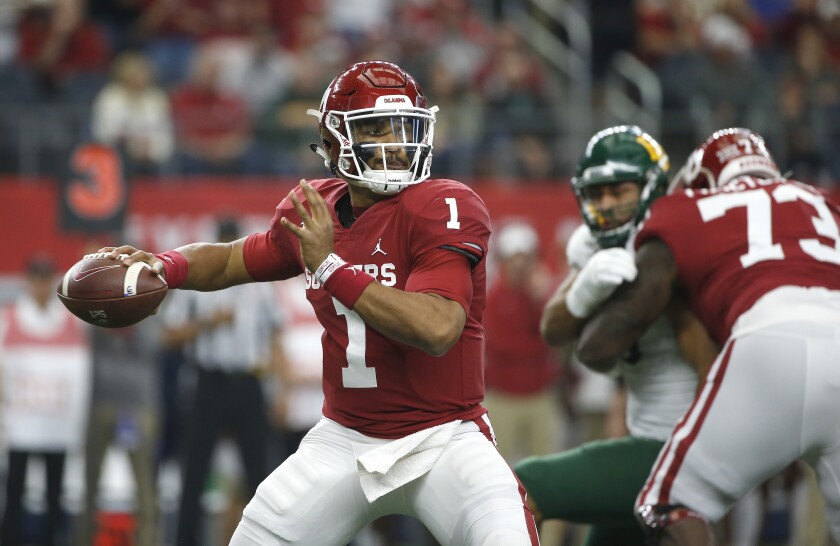 Which College Football Playoff team are fans most rooting for? Here’s what Twitter says

The College Football Playoff semifinals are Saturday with No. 1 LSU and No. 4 Oklahoma meeting in the Peach Bowl in Atlanta and No. 2 Ohio State and No. 3 Clemson in the Fiesta Bowl in Glendale, Ariz.

With only the top four ranked teams competing in the playoff, fans of other teams will just have to watch their team compete in another bowl game or forget the dismal season their team had. However, these same fans may have a rooting interest for a team participating in the playoff.

Sports betting website BetOnline.ag has composed a map that shows which states are rooting for whom in the playoff. The map used geotagged Twitter data from over 50,000 tweets with specific hashtags. Hashtags were tracked in every state such as #GoBucks for Ohio State, #GeauxTigers for LSU, #ALLIN for Clemson, and #boomersooner for Oklahoma.

Oklahoma and Ohio State will have the most fans in the nation rooting for them throughout the playoff. The Sooners, slightly edging the Buckeyes, took 20 out of the 50 states from the West, Rocky Mountains, Southwest, Midwest, Alabama, Florida, Maryland, Connecticut and Alaska.

The Buckeyes took 19 states from the East Coast, Illinois, Nevada, Idaho and Oregon.

College football fans are definitely not fans of the Tigers this season. LSU will only have fans rooting for them in four states in the South, Hawaii, Washington, Wisconsin and New Hampshire.

The defending national champions, Clemson, will only have three states rooting for them in the Carolinas and Minnesota.

The total state count as follows:

Although LSU and Clemson have the fewest states rooting for them in the playoff, current odds show both teams are favorites in their respective bowls, setting up a potential all-Tiger national championship matchup.

The winner of the Peach and Fiesta bowls will meet in the championship game in New Orleans on Jan. 13.