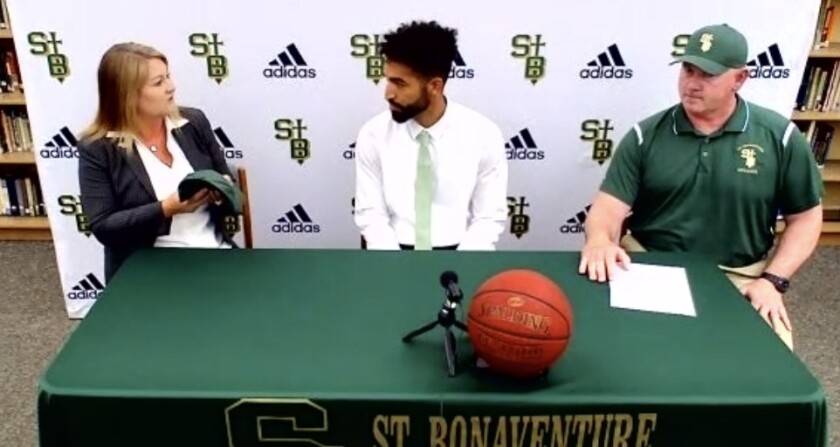 Wolfgang Wood is ready for opportunity to be basketball coach at St. Bonaventure

At a time when the nation is debating issues of racial justice, 26-year-old Wolfgang Wood has been hired as the boys’ basketball coach at Ventura St. Bonaventure High. He’s Black and his hiring at a private school sends a powerful message.

“I look at it as a great opportunity, especially at this time,” Wood said Tuesday during a video conference in which he was introduced by principal Christina Castro and athletic director John Muller.

Wood was an assistant coach at Santa Margarita, where he graduated in 2012 before moving on to play at Cal Lutheran. He comes from basketball royalty. His father, Leon, was a prep star at St. Monica, went on to Cal State Fullerton, was a first-round NBA draft pick and is in his 22nd year as an NBA referee. His mother, Tia, played basketball at UCLA, and a sister, Whitney, played at Seton Hall.

“We had a pull-away hoop in the front of the house, and for the longest time I wasn’t winning any games,” he said.

Wood said he has learned plenty from his family.

“The biggest thing they taught me is you have to work hard and earn everything,” he said. “You have to preach work ethic and relationships.”

He also learned from his father how to treat officials.

“He definitely told me to at least understand [the stress] refs go through,” he said.